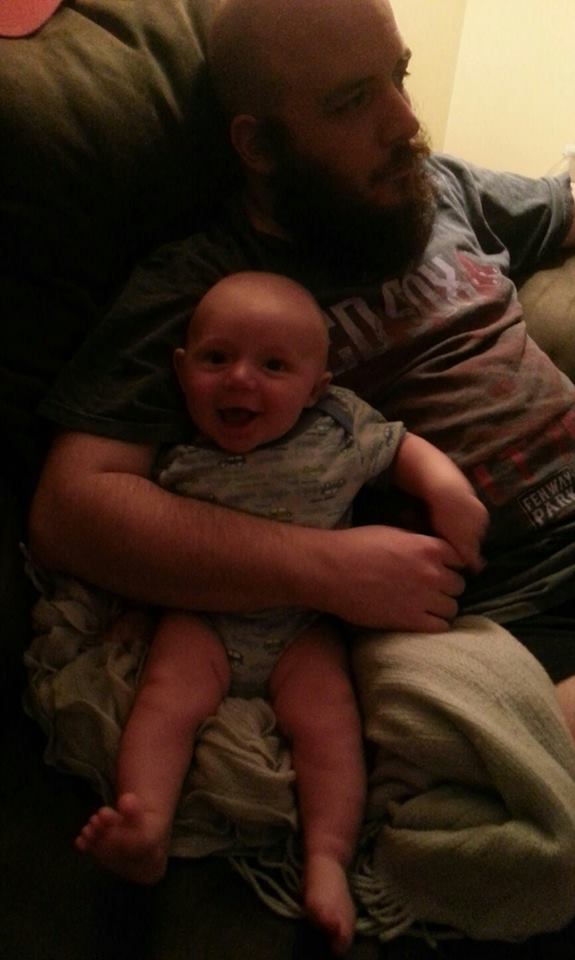 Last night, at, like, 11, I had a bit of an episode with Ann where I just kind of ranted for a few minutes. Ann and I thrive on our routines, and it was just one of those weeks between the election and dodgeball and Dash not sleeping so well that Ann and I were off, and I felt like everything was disjointed with me and Dash, and it was just a bit of a mess. We worked through it fine, and recalibrated, and all is well in the world, but then I see the picture above where Dash is literally attached at my hip and as happy as he can be, and I wonder why I ever worried to begin with. 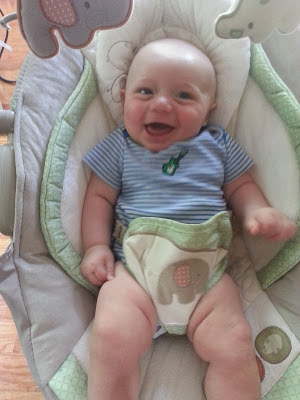 This was his face during the highlight of our morning, when Ann went to get a coffee and we just chilled off to the side, while he screamed with delight as I just talked a bunch of nonsense to him and he loved every moment of it. It's moments like the top picture and this one that make me wonder why I worry at all with Dash, because, really, sometimes the best you can is good enough.

I know a lot of good fathers in my life, and I know of a lot of bad ones. I have one friend who's fighting with his ex for as much custody as he can for his kid, and I have another (now former) friend who acts like it's a chore to see his kid once a month and won't even fight for custody. I saw some old friends yesterday with their almost-three-year-old, and the love they both have for their little girl is so obvious, and then there are those people you know that you're shocked the kids are actually surviving from day to day. Ann and I often joke that it's actually not that hard to be a good parent, especially when so many people set the bar so tragically low, but I'm just really, really intent on doing right by Dash as much as I can, as often as I can.

It's funny, because I've always wanted kids, but I was really anxious to actually become a parent. Then I spent seven hours away from the little bugger twice this week and I missed him before even half the day was gone. As low as my parenting self-esteem can get from time to time, I can at least take solace that my less-than-stellar days are still going to end with Dash delighted to see me, at least for now. And I know more difficult days are going to come, when he can communicate with actual words and move around on his own, and beyond. If I'm doing okay at his most helpless, though...

Going into this month-long blog project, I was worried finding thirty things to write about would be difficult. It was and it wasn't, but even the lazier days end up as a piece of a document of his first three months, which I think we'll appreciate more in a decade or so, if not earlier. This is not a sign-off, of course, but maybe a post every week makes more sense than a post every day, too. Thanks for sticking around, in any regard.
Posted by Jeff Raymond at 11:54 AM