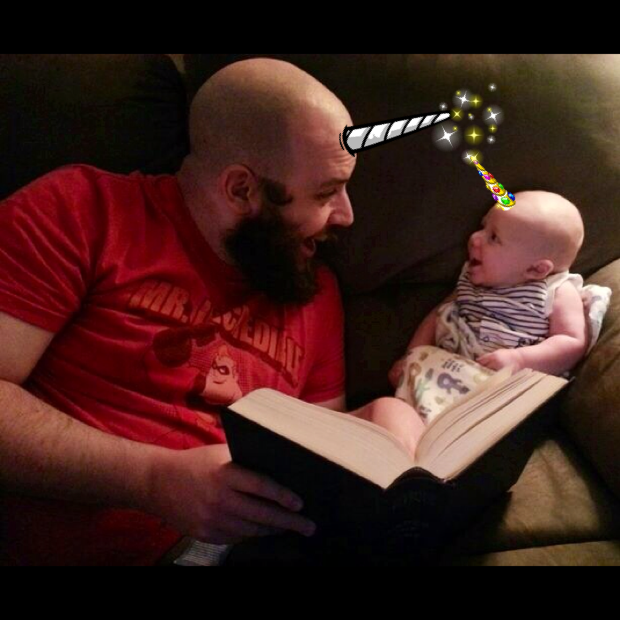 When Dash's Auntie Beth is not trying to give Dash toupees with her own hair, she's doctoring photos of Dash with some program on her iPad.

I don't know what the program is, I don't quite understand much of any of it, but I do know that nearly every photo Ann sends to Dash is returned to us with some sort of fantastic addition.

Dash is going to be surrounded by some of the most creative people I know, and that excites me. Some of it will be weird, some of it touching, but all of it awesome. Even the ones where Dash is ignoring his father in favor of a cloud-riding unicorn. 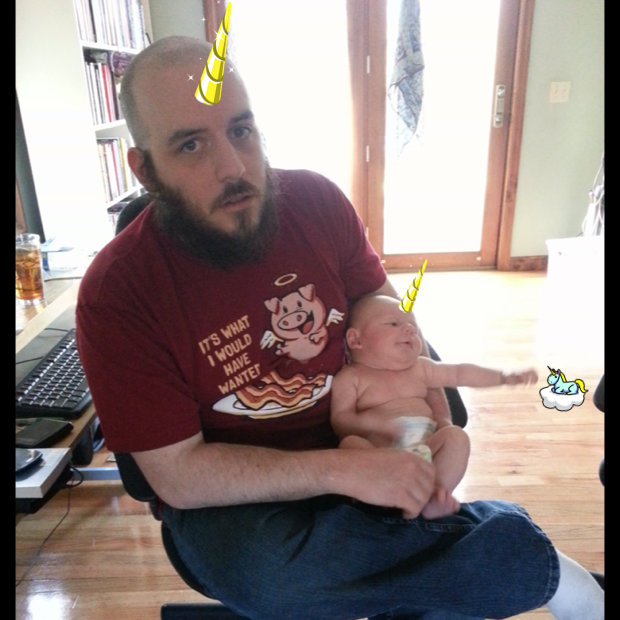