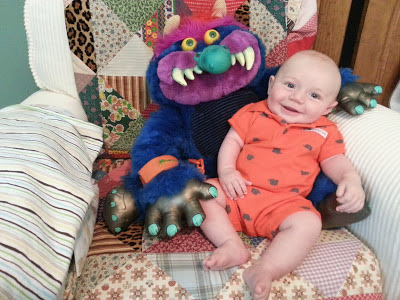 The "in" thing lately appears to be the taking of photos with the week/month-age of your kid. They're all cute, but Ann and I are apparently incapable of being serious about anything. When Ann found the My Pet Monster with all the stuffed things in the attic forever ago, it immediately became the go-to prop for all things growing up. We hope to give Dash a lot of options and freedom when he gets older, but if you think he'll have a chance to say "no" to the picture of him and My Pet Monster on his 18th birthday, he's got another thing coming. Never mind prom pictures...

But yeah, three months already. That's kind of crazy. And I know everyone says they grow really fast and time flies by, and it's absolutely true. As much as I complain about him being not as interactive as I want and struggle with the baby simply being a baby, only 10-11 weeks ago, this was him: 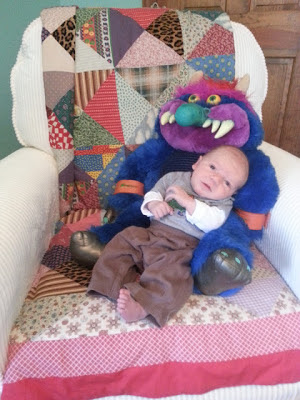 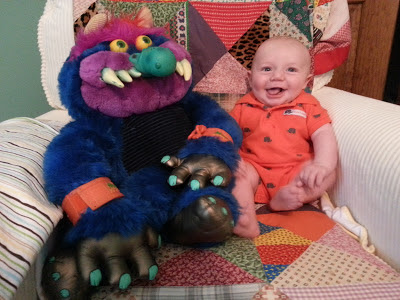