Dashypants is on the go! 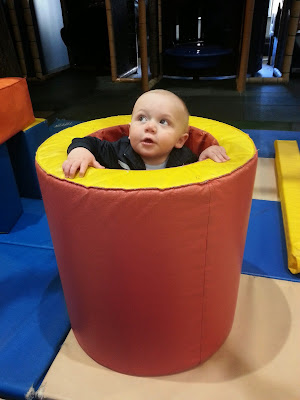 Ann was able to get a child membership to the local YMCA. She doesn't get access to much, but he gets to go swimming, do playgroup and toddler gym, etc. It's a fun place that he does a lot of exploring in, he's the star of the show watching people in spin class, and so on. At the very least, it gets him out of the house, but he gets to do so much more. It's great, and Ann always comes home with great stories. 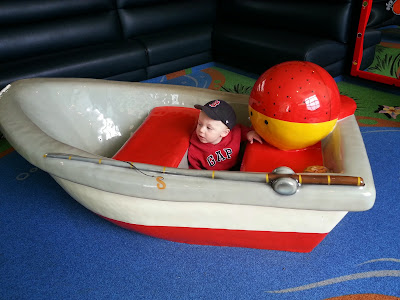 He also enjoys going to the mall, which is hilarious given how completely irrelevant malls are becoming. While it does have a play area available, the fact that it's a wide open space for him to walk around and people watch and get confused by mannequins is a lot of fun for him. Maybe he'll be worn out of it by the time he's a teenager. 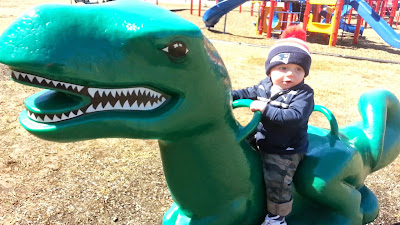 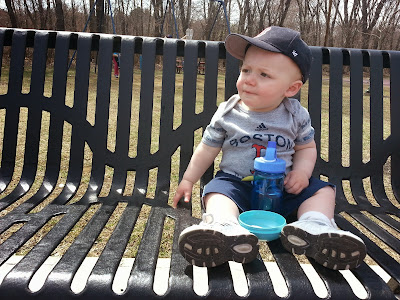 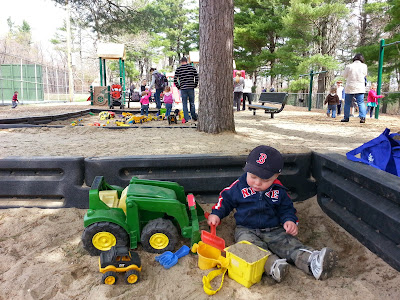 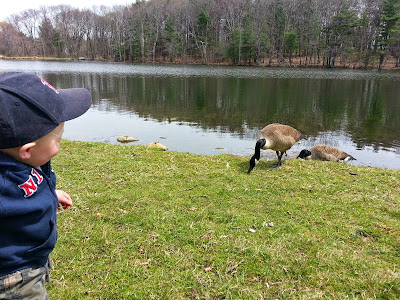 By far his favorite place to go is the park, though. Kid loves being outdoors (which has made the cold, nasty weather that much more frustrating over the last month), and whether it's the sandbox (which blew his mind) or the geese (that blew his mind) or the dinosaur ride (which was just okay), or just watching people and eating a snack, he's getting out and about.

I don't know why I'm cuted out by this. It might be, in part, that I was worried that he'd be stuck at home a lot with Mom around and such, and with Mom in a nursing home now, he gets out a lot more. It's also fun because it means a lot more in the summer we can do as a result. Definitely a plus.
Posted by Jeff Raymond at 7:30 AM