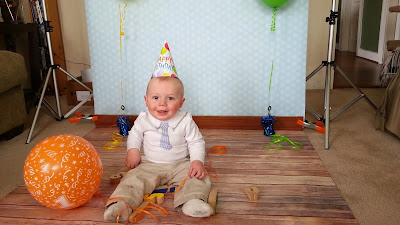 My longtime friend Tiffanie took first birthday photos of Dash for us, it was pretty cool. She's a great photographer as is, and Dash was super cooperative at that.

We also had a fun birthday party for him, which really just acted as an excuse for a lot of us to see people we haven't seen in ages thanks to Mom and the baby, but we did do a smash cake for him. 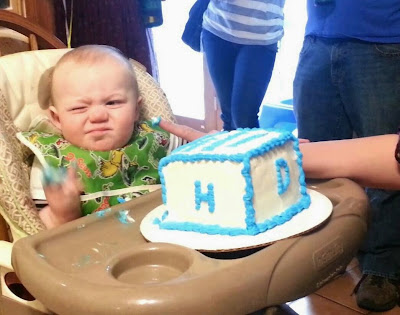 ...well, I should say tried to do a smash cake. Much like his sort-of-cleanliness-obsessed father, he had no interest in his cake until he could have a fork to eat it with.
Posted by Jeff Raymond at 7:30 AM