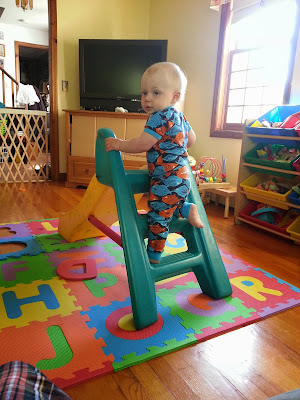 That's been the most interesting part of Dash growing up so far, for me - watching him solve these little problems on his own. I can't help but feel like it's a good sign in spite of it probably being completely normal.
Posted by Jeff Raymond at 10:28 AM