Late July/Early August tends to be a bit of a busy time for me with work and getting into the swing of things, and life has been...rather crazy at the Raymond compound. However, I tend to hold back on the pictures, especially on Facebook, so I think I'll toss a bunch in a post here for folks who are looking for an update of sorts since last go 'round. 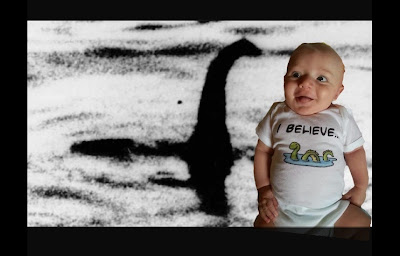 A friend of Ann's from her old work got Dash an "I Believe" shirt with the Loch Ness Monster on it direct from the Loch. This, of course, requires a silly photoshop job to fully get the entire desired effect. 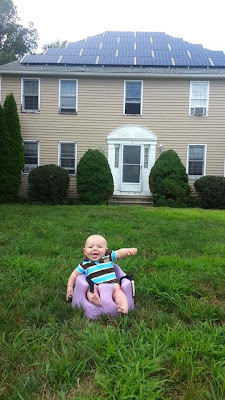 Posting in part to show off our super awesome solar pants, but also posting in part because Dash is loving sitting in his little chair. He spends a lot of time in these sorts of things, and it's always funny to me to see a baby sitting like a little man. 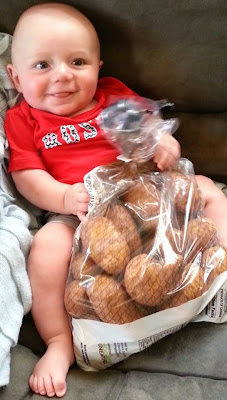 We chose to pose our child with a sack of potatoes to represent the five pounds he gained between his two month and four month appointments. He's in the 85th percentile for weight, which is ridiculous. 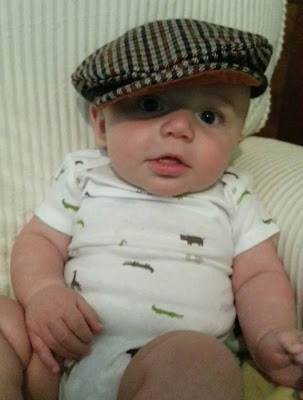 Ann dug out a bunch of my old baby hats and outfits, posing Dash in them while they still fit. This is my favorite... 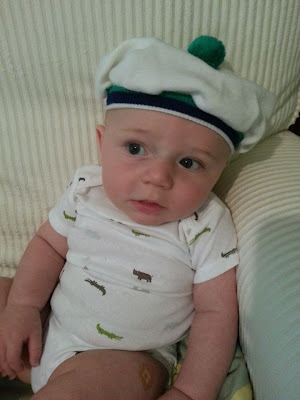 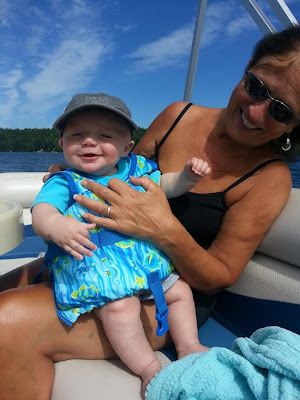 Dash spent some time with his Memere in Maine a few weeks ago, and was on a boat. No dolphins were involved. 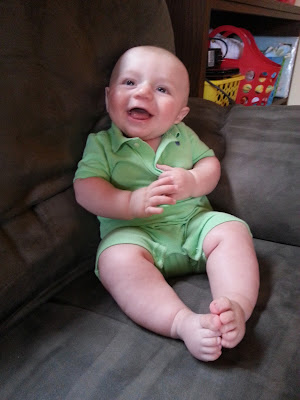 Going back to the "my son is a monster of a child" theme, here he is in an outfit designed for nine month olds. He's basically exploding out of it at this point - if he ever goes Baby Hulk on us, it might look cool, though... 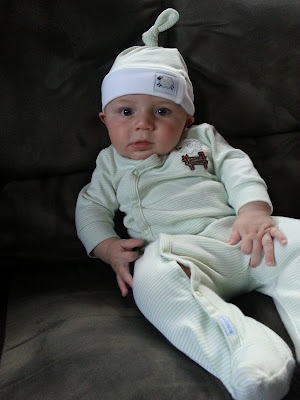 While I was away on my business trip, Ann played more dress-up. This picture was emailed to me with the title "Save Me, Daddy." 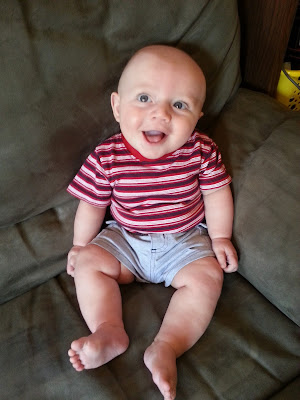 More dress-up time. This time, it was more just because he's wearing a shirt and pants. I don't know why babies in pants crack me up so much, but they do. It's like the opposite of dog sweaters for me. He's just so happy to be chilling in an outfit he will almost certainly ruin with his poop in a matter of hours. 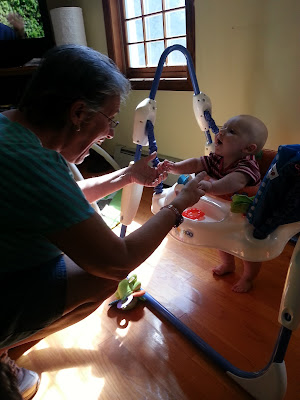 Mom has been...very difficult as of late, but, for the most part, she still loves her grandson. He gives her a lot more attention in response as well, too, so sometimes it's nice for him to be in his own little world with her and it gives us a couple minutes to breathe. 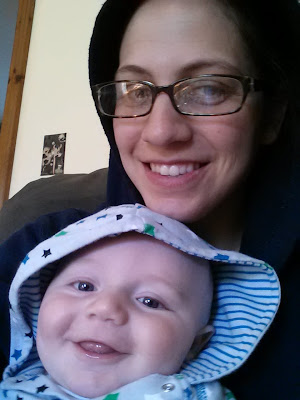 Weirdly enough, we don't have a ton of pictures of Ann with Dash. This is a new favorite of mine, though. I loved getting this in my email. 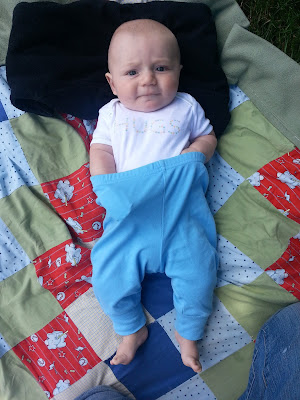 Dash has already started teething, and he spends a lot of time being upset about it and making this weird turtle face while he tries to cope. So, naturally, Ann puts him in giant pants and makes him a spectacle. Parents of the year, right here... 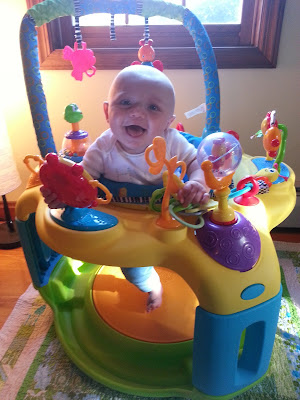 We inherited an "Exersaucer" (who names these things, seriously) from my Aunt Mo and Uncle Chickie, and, needless to say, Dash loves it. Except when he hates it because he can't put all the pieces in his mouth. Sharing because Dash looks ADORABLE in a little tie, but also because Auntie Beth is still improving our lives with a little magic. 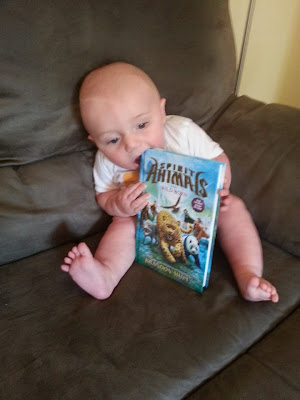 I also met author Brandon Mull during my travels last week, and asked him to sign his newest book for Dash. I let Dash have the book when I got home, and it appears that it meets his approval. 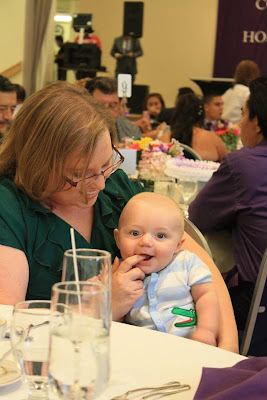 Auntie Tiffanie spent some good time with Dash yesterday as well. Dash loves her, she loves Dash, it's all good. 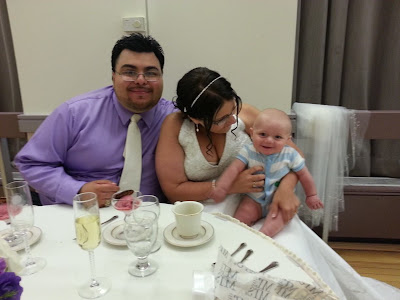 Finally, Dash went to his first wedding yesterday. My good, dear friend Julia got married to her now-husband Jabian, who I don't know well enough but already really, really like. I always talk about how Dash has the best extended unofficial family in the universe, and Auntie Julia and Uncle Jabian are absolutely part of that. We're the luckiest people on the planet.
Posted by Jeff Raymond at 11:49 AM