On Favorite Characters and Unexpected Treasures 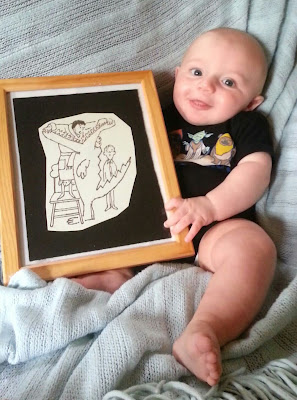 About two months ago, one of my favorite children's authors, Bernard Waber, passed away. He was best known for Lyle, Lyle Crocodile, and I wrote a tribute of sorts at another blog I write for because I thought Waber was an immensely cool guy.

Not terribly long after I wrote that, I was contacted by Bernard's daughter, Louisa. We've exchanged some messages back and forth since then, both reminiscing over how great a human being her father was and about Dash in particular. Louisa did something extremely special for us, and sent us an illustration from Bernard's collection. It's an early drawing from Lyle and the Birthday Party, and it's really one of the coolest things I've seen. We immediately framed it and we're going to hang it up in our nursery, but, like Bernard Waber's books, this is the kind of stuff you share, not keep to yourself.

If you're unfamiliar with Lyle, do yourself a favor and check it out. At worst, you'll be paying tribute to a truly good human being, and, at best, you'll get to read an excellent picture book. I really can't wait until Dash is old enough where I can share my experience with Bernard Waber with him and he can understand how special a gift he's got hanging on his wall. 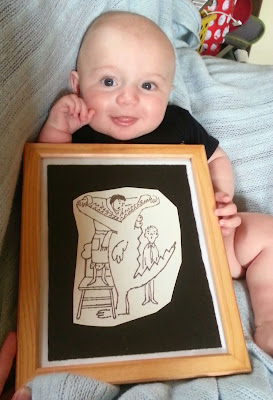