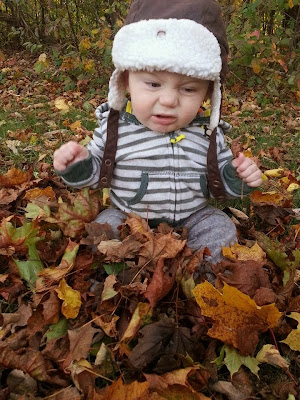 As summer turned to autumn and we start hitting the holidays, it's been kind of crazy. Thus the lack of updates period. You may recall the last update, where Mom was in the hospital. She is home, but things are kind of weird and precarious as we sort through the general changes that everything is bringing. So just know that we're doing well, more help is coming, and this means we can focus on this cute little guy with another photodump. 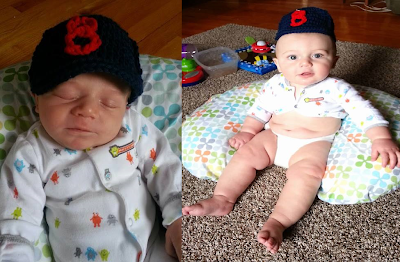 Remember when we said good things happen to our sports teams when good things happen to us? It turns out the secret sauce is making sure the good thing survives a full season. On the left is Dash on Opening Day, 2012, roughly two weeks after he was born, when few thought the Red Sox would break .500, never mind win the World Series. For good luck, Ann put Dash in his outfit from Opening Day on the first day of the World Series. He's a trooper. 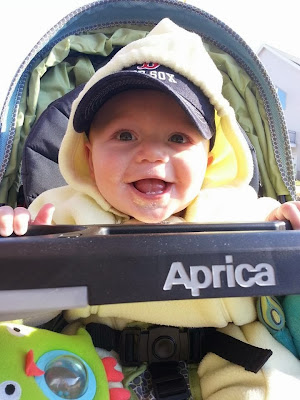 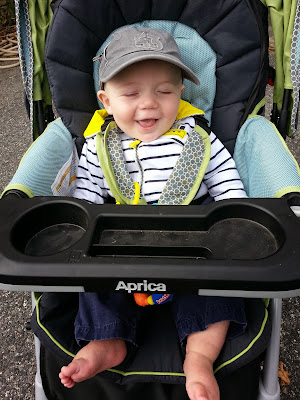 Dash loves going on walks nowadays. He's incredibly observant, moreso than I thought he would be, and walks are just about the most interesting thing he can do now. Ann and Dash go on walks nearly every day while I'm working, it's great. 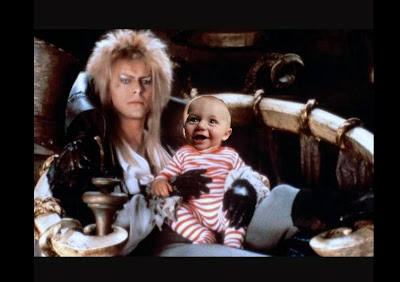 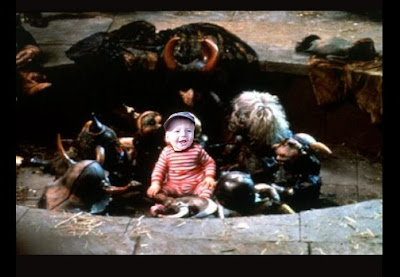 I honestly forget the context of these, but Ann made a Labyrinth comment one night, and the next thing we knew, Beth was shopping Dash's face on scenes from the movie. 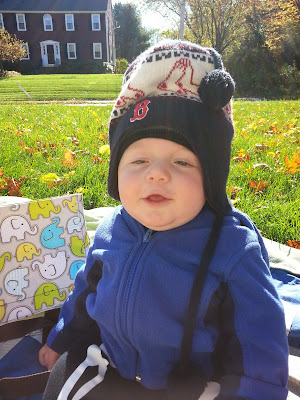 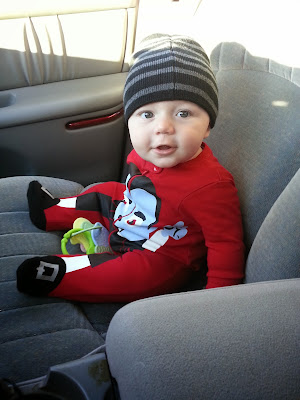 Ann didn't want to drive home just yet given how long Dash had been in the car seat, so she sat in a parking lot with him in the front seat. He was much happier. 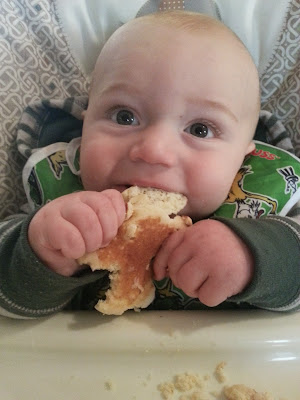 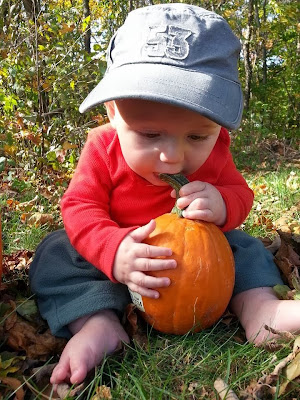 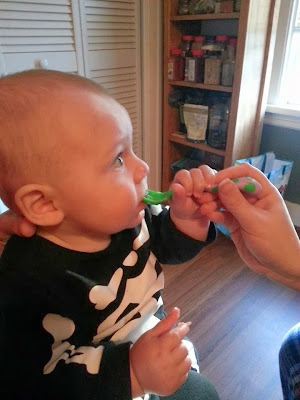 We've started experimenting with real food. He's not so into it sometimes, but over the last few days, as long as it's something someone else is eating, he's on board. This shift happened when he visited our friends Tiffanie and Josh, he loved the applesauce. Since then, pancakes and waffles are a big hit, as were sweet potatoes last night. 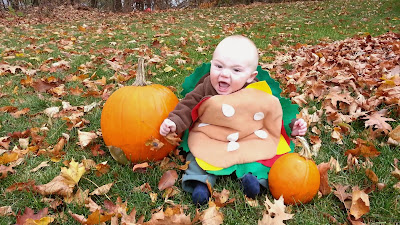 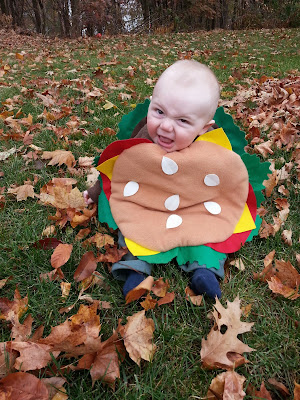 Speaking of Halloween, Dash was a hamburger. Yep. 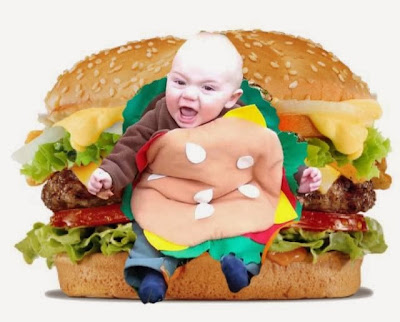 It prompted another Beth photoshop. 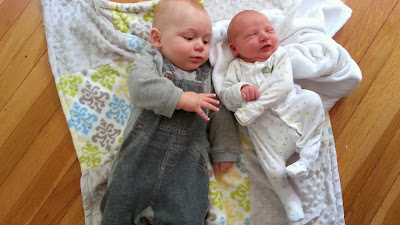 Dash got to interact with a baby for the first time a few weeks ago. It was predictably hilarious. 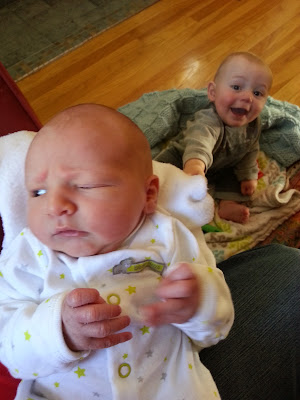 We also learned that Dash has learned to be the master of the photobomb early. 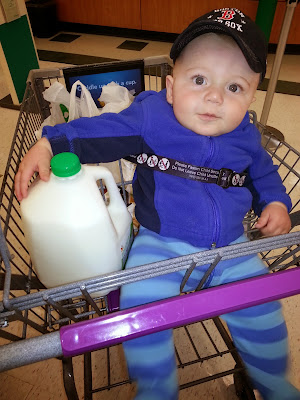 Dash is also able to sit up in the grocery carriages now, which is pretty cool. He charms the old ladies and helps carry the groceries.


We also had a dance party at a recent wedding. That was fun! 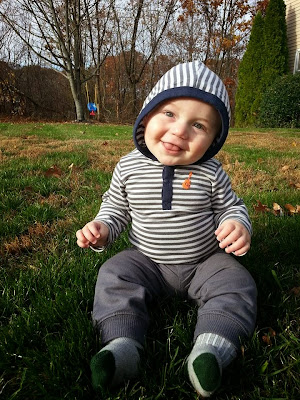 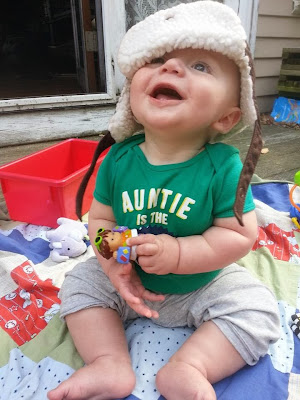 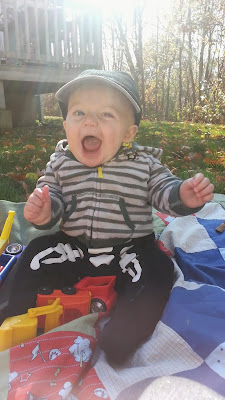 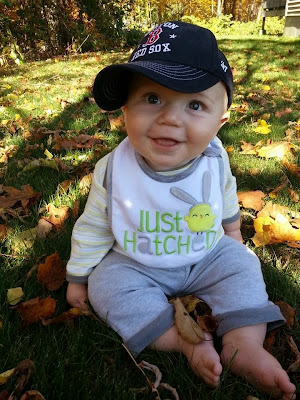 He's just really a happy kid these days, which is really great. I hear so many horror stories about kids that cry all the time or have a lot of problems, and Dash is only upset when he's teething or can't get something he wants. It's pretty solid.


He also gets REALLY happy and excited with new things he likes. 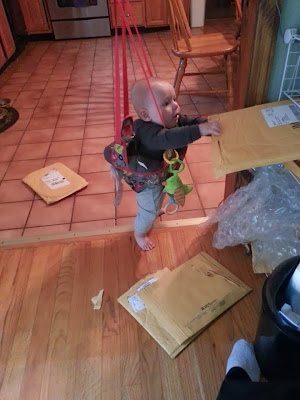 It does mean that nothing's safe already... 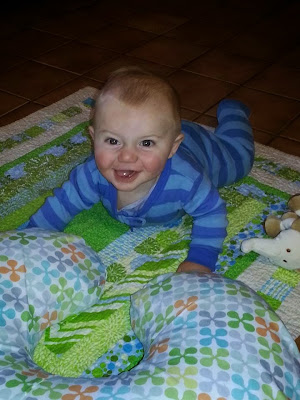 ...and that it's only a matter of time before he doesn't need us to move him around... ...and that he's only going to put up with our nonsense for a little while longer... 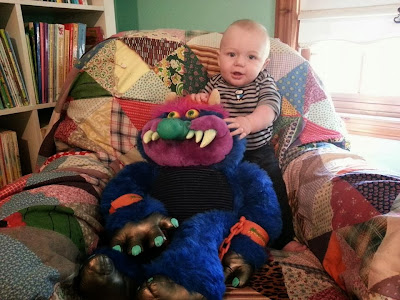 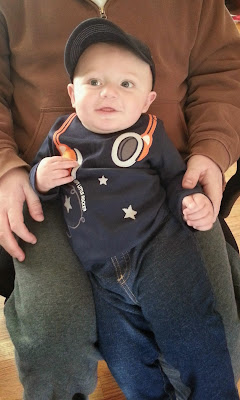 ...and he's developing his own interests... 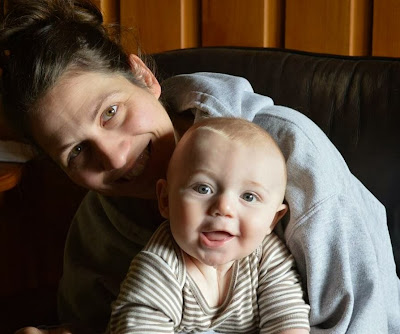 ...but I think he gets how lucky he is to have this lady as his mother. I know I'm lucky to have them both in my life.
Posted by Jeff Raymond at 7:30 AM