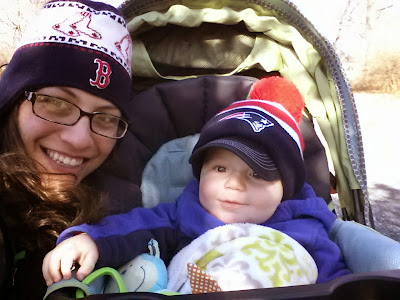 So Dash is nearing 10 months old right now, which is just kind of mind-blowing. I'm glad he's growing up quickly, because the older he is, the more I can do with him. He's so much more responsive now than he was 5 months ago, and I'm just more comfortable with older kids.

It's pretty cool. He's mimicking us a lot now, and he's kinda sorta learned Patty Cake, which is hilarious. It's just a lot of fun to see him making more and more connections, developing his own interests, and so on. It's great! 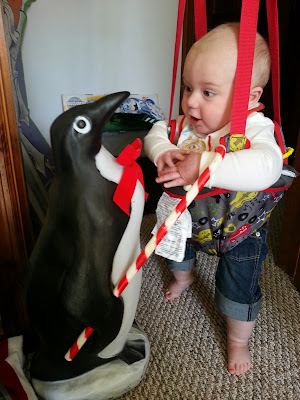 Dash's first Christmas was this past year, so it was fun to see him with wrapping paper and balloons and such. My mother was put in a nursing home that is supposed to be a respite stay, but may very well end up being something more permanent, so the run-up to the holidays, something I generally love, was a bit of a downer. It's hard to focus on the good when you're completely unsure of the more negative stuff, so we did our best to make the most of it. Dash has been a loyal visitor to his Nanny, though, and we tried our hardest not to let the entire situation bring the holiday down.

We got him some smaller toys, but the biggest win for him were two balloons. I've never seen a kid enjoy balloons as much as he does, but go figure. He's an absolute maniac when it comes to them. Such a simple boy... 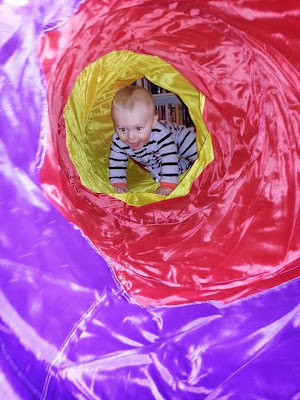 Dash has also finally figured out crawling. We had sort of convinced ourselves that Dash would skip the crawling altogether and go straight to walking given his interest in standing up all the time. It's kind of obnoxious in that cute way, but what was amusing about his switch to crawling was that he spied a can of Manwich on the floor and decided that was worth crawling to. I'm not sure how I feel about that.

He's very mobile now, though. Has a great interest in wires and cell phones and television remotes. It's great, really. 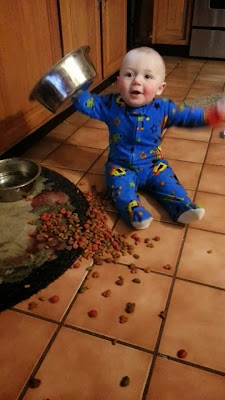 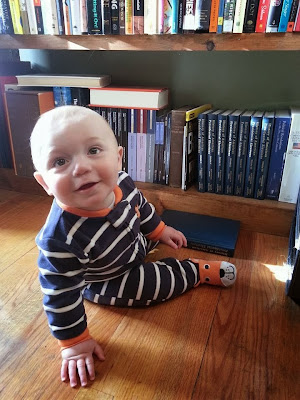 While he still doesn't sit attentively enough to really enjoy reading a book, he has really taken to having books all over the house. He has little baby-sized books he plays with constantly, and whenever I walk by with one of my own, he is so excited to see them. I can't say I'm 100% good at modeling good behavior for him yet (or even 50%, let's be honest), but if he figures out early that it's never wrong to have a book with you, I know I've left him with something of value. 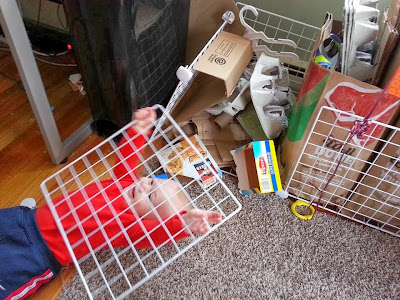 Essentially, Dashypants is a full-on troublemaker now. This is a mixed blessing, but we're really getting a sense of his personality now, and it's great. He's not anxious around strangers, he flirts with every old lady at the supermarket or at Dunkins or anywhere he is, he gets all up in our business, he plays with toys and paper and stuff as if he was a little kitten, and we really couldn't be happier. He's a bright spot. Someday we'll be able to explain to him exactly what that means, but until then, it's his world. He's our soldier leading the charge... 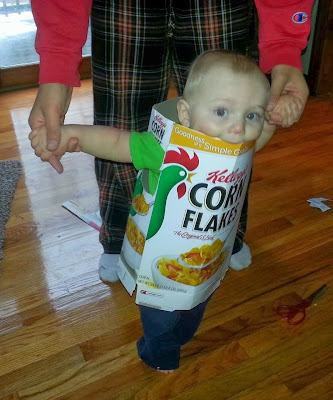